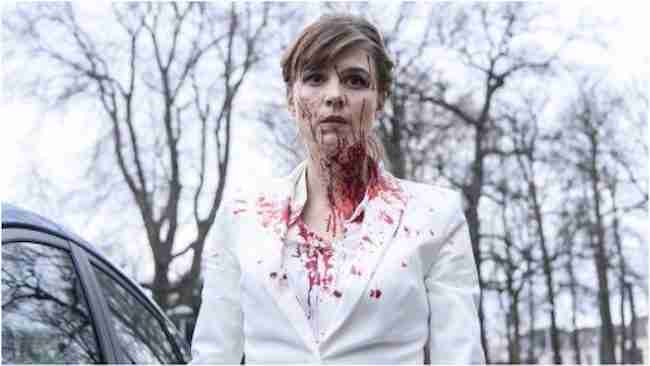 The Columnist is a Dutch black comedy from director Ivo van Aart. It’s an enjoyable enough satirical thriller, which takes aim at social media platforms and the trolls lurking in their shadows. However, the film isn’t as dark or as biting as it could, or should be. It’s a shame because it features a wonderful lead performance from Katja Herbers as the film’s titular Columnist.

Herbers is Femke Boot, a successful columnist working on her first book. However, the constant distraction of negative comments on social media finally sends her over the edge. When she discovers that her neighbour is one of the many people making the comments, she kills him and this sets her off on a one-woman campaign of revenge as a serial killer who likes to keep the index finger of her victims as a trophy. Think Death Wish for the Twitter age.

Bright visuals and a jaunty score from cinematographer Martijn Cousijn and composer Jeffrey van Rossum helps to give The Columnist an energetic vibe. However, I wanted this satire to go darker and show more of the damage that social media can inflict on its users. This is all very superficial and it relies too much on coincidence than real plotting.

Well made and well acted, The Columnist was a frustrating film for me. Maybe you’ll like it a little more but it just doesn’t have the bite of a black comedy like Heathers. A shame.