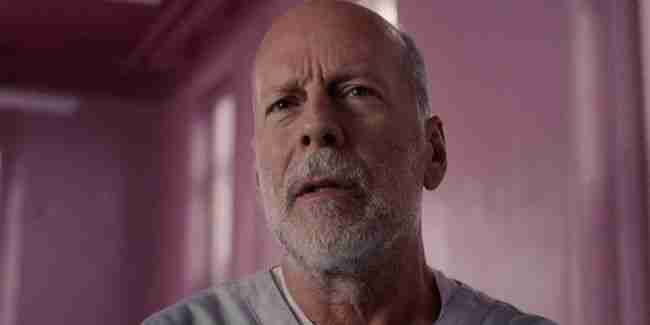 Willis will always be remembered for the role of John McClane in the Die Hard franchise, but to many he will always be David Addison, the character he played in the ‘80s television series Moonlighting.

The actor did the best work of his career in the mid-late ‘90s, starring in the likes of Quentin Tarantino’s Pulp Fiction, Nobody’s Fool, 12 Monkeys and The Sixth Sense. That’s an impressive run of critically acclaimed movies that made some good bank at the box office (The Sixth Sense is the biggest commercial hit of Willis’ career) Willis always felt he was a character actor trapped in the body of a star and, much like Sean Connery, he spent a lot of time trying to subvert his image by taking roles in off-beat films.

M. Night Shyamalan‘s The Sixth Sense opened in the US on 6 August 1999. It came out of nowhere in late summer, and scored $293 million in the US and $379 million in foreign territories for a $672.8 million global total. It was the second highest grossing film of the year behind Star Wars Episode I: The Phantom Menace.

The Sixth Sense is known for its twist ending where the audience discovers that Bruce Willis‘ Dr. Malcom Crowe has been one of the ‘dead people’ that Haley Joel Osment‘s Cole Sear has been seeing throughout the movie. It’s a great twist to be sure, but the film is loaded with gems.

Shymalan’s script is top-notch, filled with rich characterisation. James Newton Howard’s score is haunting and Tak Fujimoto’s cinematography is beautiful. The film’s performances are also brilliant and Osment and Toni Collette (as his mother) are flawless and Willis has never been better.

However, since the early 00s Willis has been in something of a career no man’s land, starring in the type of action movies that he railed against for so long.He has come under a lot of fire over the last decade or so for the film choices he has made. Willis is a versatile actor but he has defaulted to playing ‘Bruce Willis‘ in a lot of movies which aren’t worth his talent. I think Willis knows this and he’s willing to pick-up a hefty salary for doing as little as possible. Nothing wrong with that – but where’s the fire and the passion he displayed in Moonlighting or the original Die Hard? Sadly, in recent years he appears to have gotten lazy, willing to take a paycheck (usually $1 million per day) to star in subpar actioners.

There have been some bright moments. Wes Anderson’s 2021 film Moonrise Kingdom saw Willis shake-off years of on-screen malaise to show us that there is still a wonderful actor lurking beneath that tough guy persona.In 2019’s Glass, Willis re-united with Shyamalan for a sequel to Unbreakable.Willis is the best he’s been in years in the film, delivering a textured performance which offers glimpses of why Bruce Willis became one of the world’s biggest movie stars.