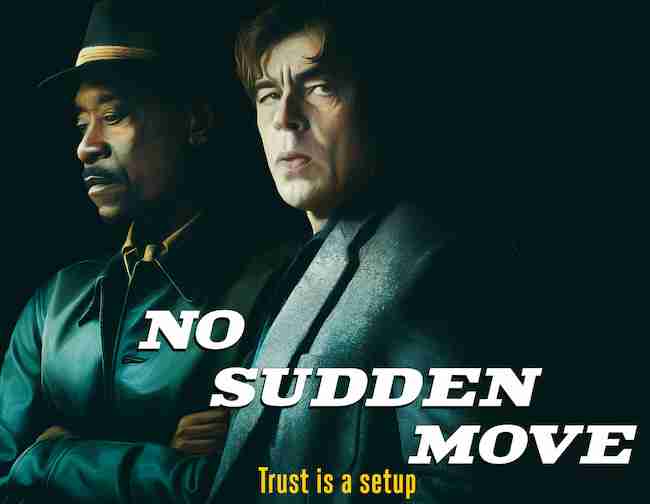 No Sudden Move looks like prime Soderbergh – a great cast, intriguing premise and dark humour – count Movies In Focus in for this one.

Set in 1954 Detroit, No Sudden Move centers on a group of small-time criminals who are hired to steal what they think is a simple document. When their plan goes horribly wrong, their search for who hired them – and for what ultimate purpose – weaves them through all echelons of the race-torn, rapidly changing city.