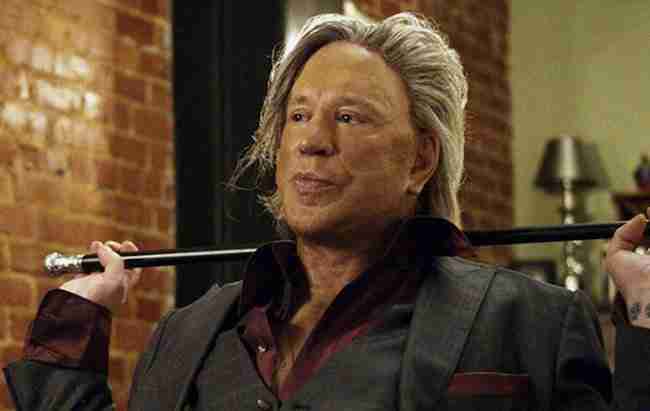 Brian A. Metcalf has crafted a solid neo-noir with Adverse. The writer-director-producer offers a glimpse into the underbelly of Los Angeles as this dark thriller prowls the after hours streets of the City of Angels. Metcalf has managed to snag a classy ensemble for his low budget film, with Lou Diamond Phillips, Sean Astin, Penelope Ann Miller and the great Mickey Rourke starring alongside Thomas Ian Nicholas.

Nicholas plays Ethan, an Uber-style driver who discovers that his sister (Kelly Arjen) and her boyfriend owe money to a crime syndicate led by Mickey Rourke’s Kaden. Things turn nasty and Ethan seeks revenge on those who have done him wrong.

You know where Adverse is going to go, but Metcalf makes things interesting as he takes us on this neon (and blood) drenched journey. The film has an unpredictable streak which means that sometimes things never quite go where you expect them to. Something like that is always very welcome.

There are hints of Joel Schumacher’s 8MM, Lynne Ramsey’s You Were Never Really Here and even Martin Scorsese’s Taxi Driver scattered throughout Adverse. They’re all dark tales of revenge, where the redemption of the protagonist can only be found through violence and bloodshed. These types of stories aren’t for everyone, but they’re hypnotic if you embrace their darkness.

Mickey Rourke is always a pleasure to watch on screen and the actor brings a quiet gravitas to his role as the declining crime boss. Rourke knows how to make dialogue work and he’s a captivating presence whether his part is big or small. Like his character, Rourke is a man who has battled Los Angeles – he has managed to hit high and get knocked low and there’s a world weariness to his performance which rings true. Simply put – he’s great.

A low budget piece, Adverse looks great thanks to some the cinematography from Derrick Cohan. You can feel the dirt and the grit as Nicholas cruises the grimy rundown back streets of LA. It’s a visual aesthetic which serves the film well.

A small film with a big cast, Adverse is an enjoyable noir which has enough complexities to keep you intrigued and curious. It’s the type of film that you’ll have to seek out, but it makes for an interesting watch.