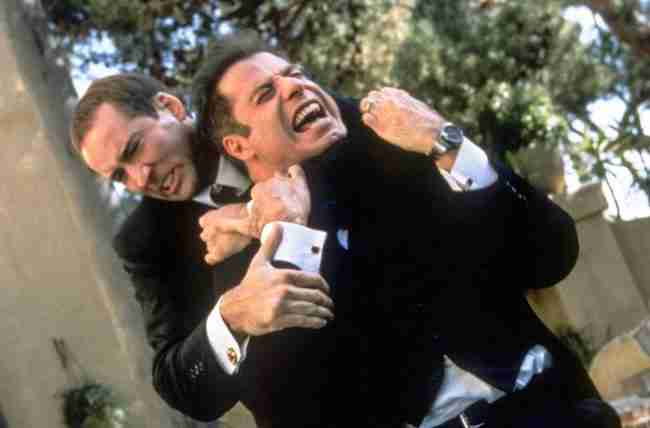 Godzilla Vs. Kong director Adam Wingard has been hired to direct a follow-up to John Woo‘s Face/Off

The 1997 film is one of the most ludicrous, yet fun action movies ever made. The John Travolta/Nicolas Cage team-up makes little sense in the real world, but Woo manages to make the over-the-top concept of Travolta and Cage switching faces seem like a logical idea on screen.

Neal Moritz will produce and David Permut will executive produce the Paramount Picture which will be written by Wingard and his writing partner Simon Barrett.

Travolta and Cage aren’t expected to return – but it would be crazy if they didn’t. Expect actors named Chris and/or Ryan to be near the top of the casting list.

Budgeted at $80 million, Face/Off grossed $112 million at the US box office and $133 million in other territories for a $245 million global total.