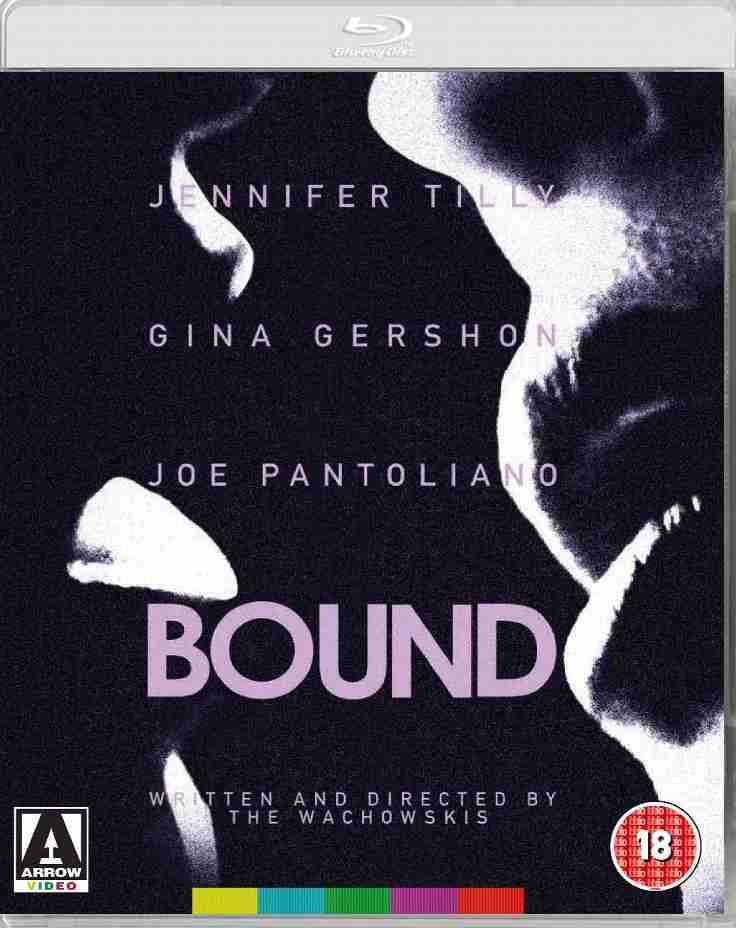 The Wachowskis made a sizzling cinematic debut with Bound, a 1996 modern noir starring Gina Gershon and Jennifer Tilly as two lesbian lovers who attempt to steal $2 million from the mob.

What makes Bound so great is its simplicity. The film uses the conventions of the noir genre and flips them, making Gina Gershon’s Corky the down on her luck ex-con, while Tilly’s Violet is the femme fatale who seduces her into one last crime. In a lesser film this would have been just a gimmick to throw in a few tawdry sex scenes, but Bound gets the rumpy-pumpy out of the way within the first 30 minutes so the film can focus on the tense thrills. The Wachowskis weave their way through the film in a Hitchcockian way, upping the ante as Corky and Violet double-cross Joe (‘Joey Pants’ ) Pantoliano’s, Caesar. (I wouldn’t be surprised if this is at the top of the list on many film courses that cover film noir and lesbian cinema!)

Everyone impresses on an acting level. Gershon and Tilly make an authentic couple and they both play their genre archetypes well. Gershon manages to swagger her way through the role as the ‘male’ of the relationship, while Tilly could have been pulled straight from a 1940s noir. Joey Pants is also strong as the second tier mob man who is oblivious to the plans of the lady leads. He’s given a great character arch, going from tough to desperate throughout the course of the movie.

If Bound illustrates anything, then it’s how much the success of The Matrix ruined The Wachowskis. Working on a low budget, the siblings have crafted a visually impressive film. It looks stunning and there’s not a pixel of CGI in sight. Since Bound, they’ve been playing in a CGI sandbox, letting the technology do the talking rather than the script. Bound is an exceptionally well written piece, showing the duo can really deliver the goods on the page as well as the screen. It’s hard to believe that it was created by the same people who wrote some of the ridiculous lines of dialogue from the Matrix sequels.

Bound is an enjoyable and stylish piece of cinema that hits the mark as a modern noir. Great acting and impressive technical work show that The Wachowskis didn’t come out of nowhere to direct The Matrix. That film may have cemented their standing at the cutting edge of big budget cinema, but Bound shows that they’re talented filmmakers outside the realm of blockbuster movie making.

Featurettes and a commentary have been ported over from the DVD release, but Arrow have gone to town with a new batch of impressive documentaries. Admittedly, these features lack input from the notoriously reclusive Wachowski siblings, but this is still first rate stuff.