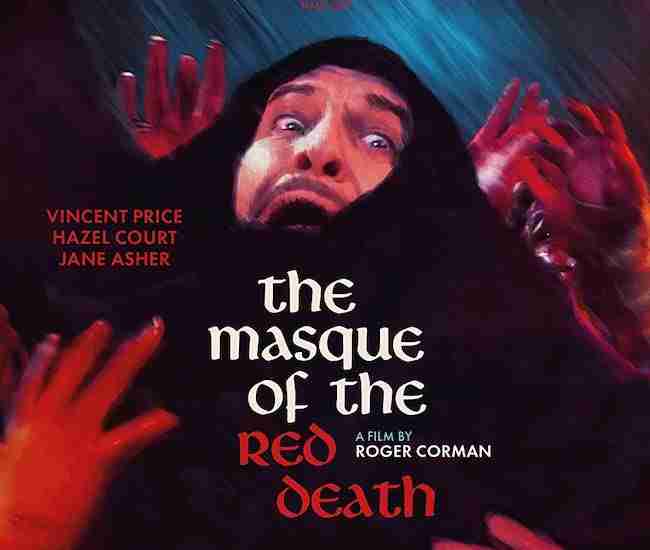 The Masque Of The Red Death is a glorious Edgar Allan Poe adaptation from director Roger Corman and star Vincent Price. This 1964 film is the seventh of Corman’s eight Poe adaptations and it’s the most luscious looking of the series thanks to Nicolas Roeg’s stunning cinematography.

Set in medieval Italy, The Masque Of The Red Death sees a deadly plague ravage the country as Price’s Prince Prospero takes refuge from the disease in his castle, surrounded by his courtiers and servants. A Satanist, Prospero takes a shine to a young peasant girl, Francesca (Jane Asher) as the Red Death inches closer to the castle. Prospero believes that his dedication to the Dark Master will make him immune, but Death has other plans…

With a screenplay written by Charles Beaumont and R. Wright Campbell, The Masque Of The Red Death is based on Poe’s 1842 short story of the same name and it also features elements of his 1849 tale Hop-Frog. There are hints Ingmar Bergman’s 1957 classic The Seventh Seal, woven into the tapestry of the script and the visuals of Corman’s film. This Poe adaptation is a fascinating piece of ’60s horror cinema.

The Masque Of The Red Death features cinematography from the great Nicolas Roeg and this new release of the film reinstates a number of censored scenes which were cut from the original 1964 release. The remastering of the film was done by Martin Scorsese’s Film Foundation and The Academy with funding from the Hobson/Lucas Family Foundation. The film has never looked better, adding a serious touch of class to a film which looks like a major motion picture release (the sets were left over from the Richard Burton/Peter O’Toole film, Becket).

Vincent Price is a delight as always, embracing the the tone of Corman’s film which is as much a serious art film as it is a gothic horror. Vincent Price’s velvet tones have never been better than when he worked with Roger Corman and the duo’s Poe adaptations are a highlight of both their careers.

A film which continues to impress, The Masque Of The Red Death has as much (if not more) to offer today  as it did when it was released back in 1964.

The Masque Of The Red Death blu-ray release from Studiocanal is loaded with first-rate extras, There’s a commentary with Kim Newman and Sean Hogan, a BFI conversation between Newman and Roger Corman, an interview with Keith Johnston and more. Brilliant. Seek it out. 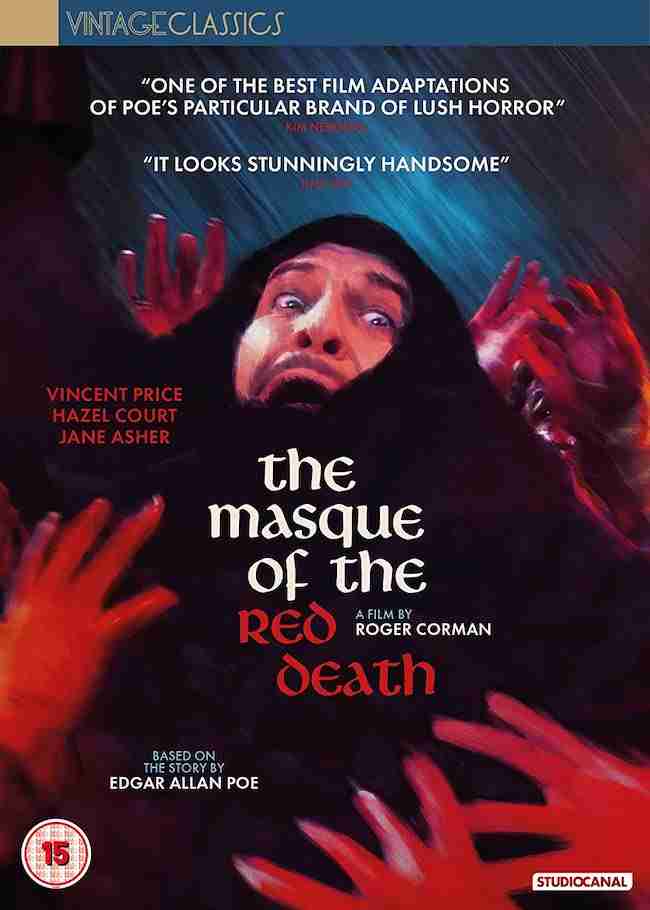