2016’s Live By Night is a luscious and luminous film. It features some beautiful production design and costumes, creating a vibrant world that echoes nearly a century of wonderful gangster movies. Ben Affleck’s adaptation of Dennis Lehane’s novel is a love letter to Warner Bros’ golden age of gangster movies and it packs all the genres tropes into a tight two hour running time.

Affleck once again shows he’s an assured director who knows how to deliver classy, grown-up thrillers. The writer-director plays Joe Coughlin, a low level crook, caught between the Irish and Italian gangs in Boston. He moves to Florida and takes over a bootleg rum business, growing it until his past, the law and his morals collide.

Affleck is a master at showing a world of grey between the black and white. Like Gone Baby Gone and The Town, this has a strong focus on the underworld of his hometown. He knows the people and he’s able to craft broken characters who are eager to rebuild the remnants of their lives. Affleck has always been a leading man out of time, a square jawed matinee idol built for the studio system. He’s got charisma and he knows how to deliver wounded characters. He surrounds himself with an intriguing supporting cast, balancing his strong lead with Brendan Gleeson, Sienna Miller, Zoe Saldana, Elle Fanning, Chris Cooper and Chris Messina.

These images show Ben Affleck directing Live By Night – a film which sadly failed to find an audience when it was released in 2016. It grossed just $10.3 million at the US box office and $22.6 million globally. 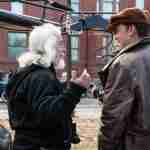 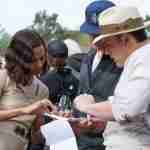 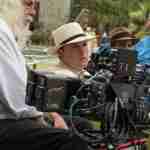